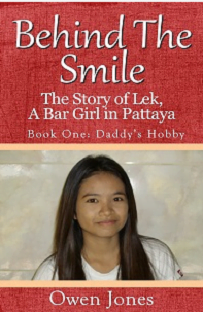 They had said that the call to collect her passport would come ‘today or tomorrow’, but it didn’t and that has left my wife assuming the worst and being a pain in the neck, especially to me. Every time I open my mouth, I get my head bitter off, so I have come out to let her stew on her own for a while.

I really hope that the phone call comes tomorrow because today is Thursday, the current situation will only get worse, and Monday is a very long way off.

It is a stressful time for us and especially for her as we have booked flights for the 23rd (12 days time) and we have to get back home (a day), pack, sort some things out, say our Goodbyes and get back down here (another day) by the 21st. We had expected to be in Bangkok for three or four days – five maximum – but we arrived nine days ago already.

Update: we have been here a fortnight now, but got an email telling us to pick up my wife’s passport ‘anytime’. However, they did not state whether she has been granted a visa or not.

It was too late to get there yesterday, Tuesday, so she went this morning. It took hours to get there and hours to get back, however after ten minutes in the embassy she came out smiling with a ninety-day visa. So, it’s the bus home (650km) tonight, a lift back to Bangkok on Saturday and a flight out on Monday.